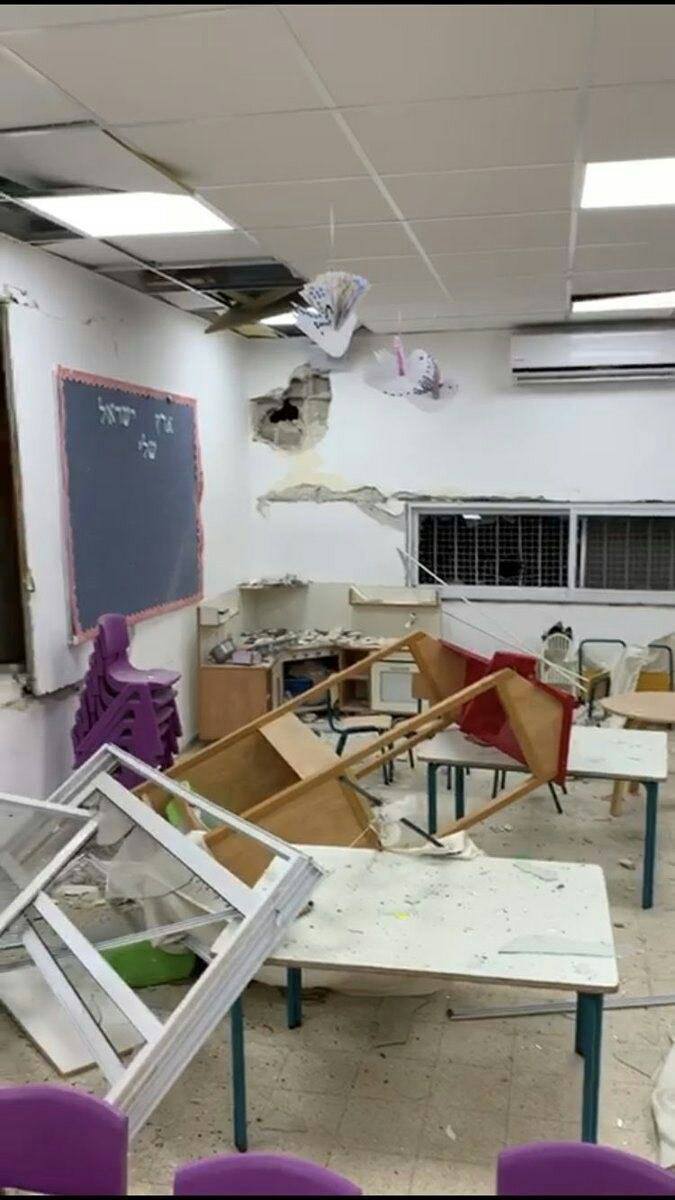 On Saturday, when the Jewish people of the Jewish State of Israel were celebrating the Sabbath, Hamas operatives sent hundreds of rockets into civilian Southern Israel, sending residents into shelters. A woman was killed, another injured. More have subsequently been killed as the rockets continue.

But if you’ll excuse the expression, what really hit home was this photo of a kindergarten in Sderot that was the recipient of a direct hit by a Hamas rocket.

If it hadn’t been Shabbat, there would have been a horrifying outcome.
It’s a miracle that no one was there.

Can anyone deny the antisemitism that is implicit in the targeting of small Jewish children?