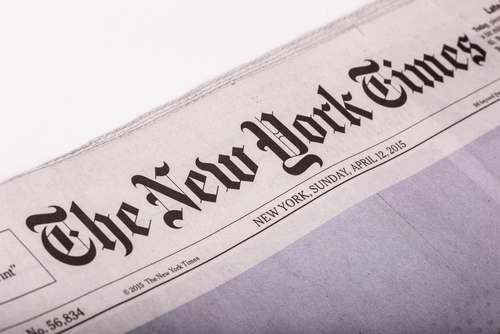 The New York Times used to be thought of as the paper of record. Today, however, it is the newspaper of far left bias. You know this the minute you see the headline of the article on President Trump’s executive order to help combat antisemitism. The headline? “Unease at Trump’s Order to Tackle Anti-Semitism.”

Four prominent Jews are quoted as opposing Trump’s executive order, and one is undecided. A single rabbi in support of Trump’s actions is paraphrased, rather than quoted.

So much for balance.

The article ends with a sympathetic anecdote about the BDS- and right of return-supporting, rabidly antisemitic Students for Justice in Palestine that is making life a living hell for Israel-supporting Jewish students on university campuses all over America.