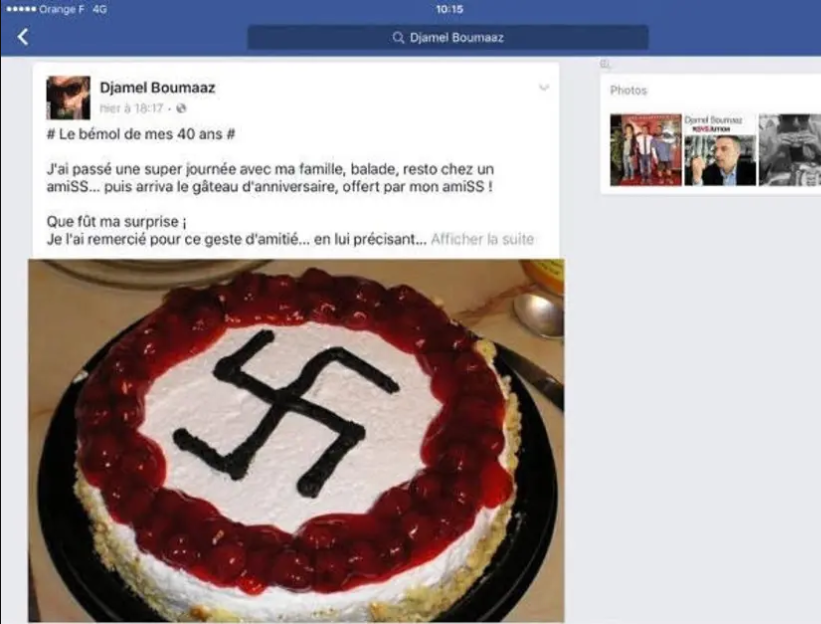 Djamel Bouzaam, a member of the town council of Montpellier (Herault) has posted on Facebook a photo of a cake decorated with a swastika he said was a “gift from my SS friend.”

“I spent a beautiful day with my family, music, food in the home of my SS friend, then my birthday cake arrived, a gift from my SS friend…”

It doesn’t appear that anyone can do much about this, as according to the French National Bureau for Vigilance Against Antisemitism, Boumaaz has already received fines in the past for making the quenelle, the inverted Hitler salute, which is against the law in France.