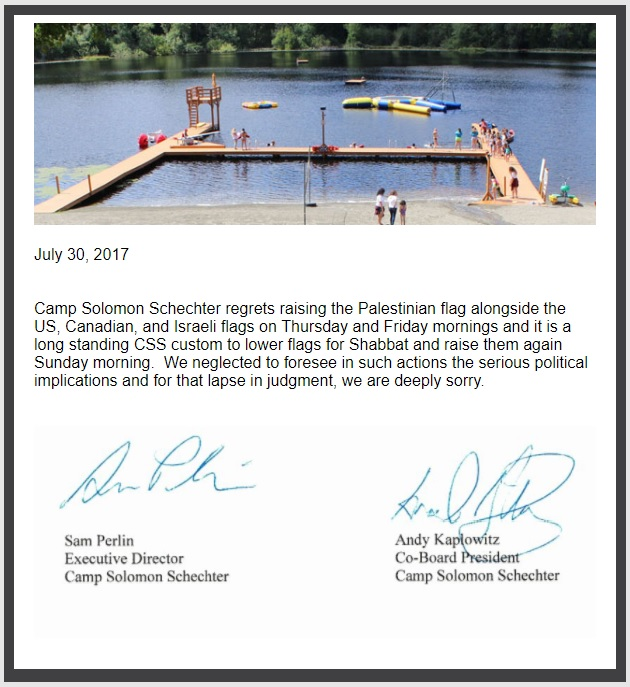 The most shocking piece of news about American Jews this week is that covered by The Mike Report, regarding the raising of a Palestinian flag at Solomon Shechter camp in the Pacific Northwest. This, just one week after the Salomons of Halamish were brutally murdered by a terrorist pretending to be a Jew in Shabbos clothing, come knocking on the Salomons’ door during the Sabbath meal.

For some reason, the “educators” at this camp, think that displaying the flag of a people who want to annihilate them is about spreading love. After the fact, the camp issued an apology saying they didn’t realize the act would be deemed so political. They didn’t seem to mind that the act of flying the Palestinian flag at a Jewish camp was offensive.