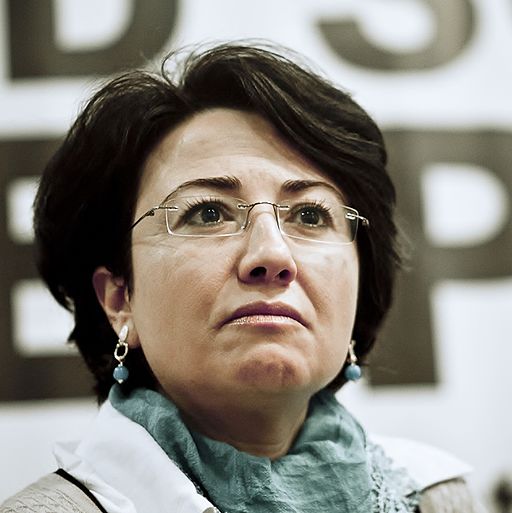 Because Israel is a democracy, anyone can run for office. That is why Israel has so many Members of Knesset that are Arabs. One of them is Haneen Zoabi who has publicly said things like “We need millions of Palestinians to march on Jerusalem. That is the aspiration. But we can’t do it, because the Israelis would kill them,” and Israel is a “fascist country… only looking for an excuse to kill the Palestinians.”

Incidentally, Zoabi was also suspended from the Knesset for a week for calling Israeli soldiers “murderers.”

As I said, since Israel is a democracy, anyone can run for office. By the same token, anyone can be impeached and that is what will now hopefully happen to the anti-Israel Zoabi. It will take 70 MK signatures on a petition and a final vote with 90 MK’s in favor, or three-quarters of the Knesset. The first 40 signatures have been gathered. Ten of the 70 petition signatures must come from the opposition.

Will it happen? Many in Israel are counting on it.