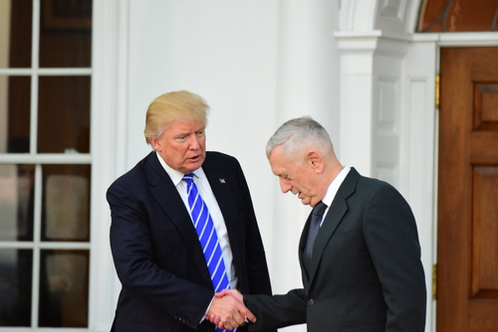 Defense Secretary James Mattis resigned in the wake of Trump’s announcement that the U.S. is pulling its troops out of Syria. Mattis made it clear that his resignation was a protest over the move, in his resignation letter. His letter explained that he’s leaving his post so the president can have a secretary of defense whose ideas are “better aligned” with his own.

In resignation letter, Defense Secretary James Mattis says he’s leaving his post so the president could have a Secretary of Defense whose views are “better aligned” with his own. https://t.co/cbcX21InT2 pic.twitter.com/h0yTYXmrXL

Now a second resignation has occurred, apparently in protest over the Syrian withdrawal, by Brett McGurk, an Obama appointee who served as U.S. envoy to forces fighting to defeat ISIS. According to the Guardian, McGurk was one of the few Obama appointees to stay on with President Trump. McGurk’s particular interest is the plight of the Kurds. The Guardian cites a New York Times article that quoted an email from McGurk:

“I worked this week to help manage some of the fallout but – as many of you heard in my meetings and phone calls – I ultimately concluded that I could not carry out these new instructions and maintain my integrity.”

Many pundits also believe the withdrawal is dangerous for Israel and will drag the Jewish State into war. Caroline Glick listed the pros and cons of the move in an article for Breitbart.