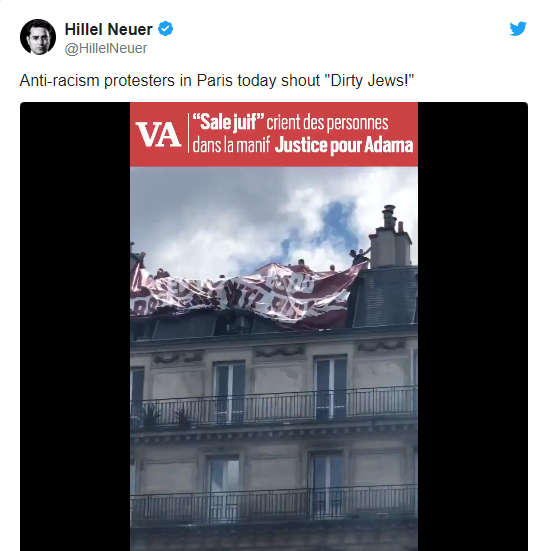 During French anti-racism riots, protesters shouted antisemitic slogans such as “Dirty Jews” and carried placards accusing Israel of being a “laboratory for police violence.” No matter that Jews have nothing to do with what happened to George Floyd, nor France, for that matter. But everyone likes an excuse to protest. And you know what else they like? Hating the Jews.

France has a very poor record in regard to antisemitism, but now more than ever, it is not a place where you would want to be visibly Jewish. And it’s probably not a safe place to raise Jewish children.