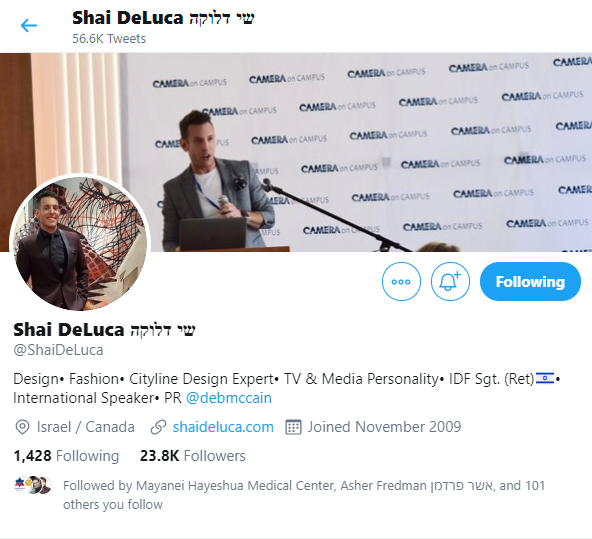 A dining establishment and prepared food takeout place in Canada, Foodbenders, was already in the news after an Instagram post with the hashtag #zionistsnotwelcome. Now the owner of the restaurant, Kimberly Hawkins, is being sued by prominent designer Shai DeLuca, the subject of two defamatory Instagram posts by the Toronto eatery accusing DeLuca of being a “terrorist” and implying that the former IDF soldier shoots Arab children.

DeLuca is founder and president of Shai DeLuca Interior Design and is not just active in the global design community but on social media with more than 23,700 followers on Twitter and more than 24,600 followers on Instagram. A dual citizen, DeLuca holds both Canadian and Israeli citizenship. He grew up in Israel and served in the IDF, and describes himself as a “proud Jew.”