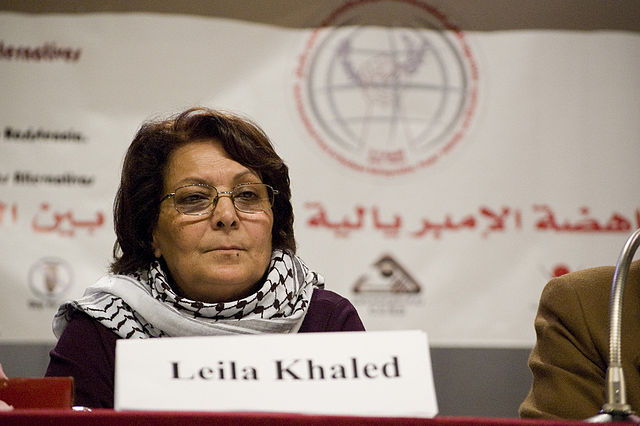 Leila Khaled, a notorious Arab terrorist and leading member of the Popular Front for the Liberation of Palestine (PFLP), is scheduled to speak on a panel on September 23, at San Francisco University (SFU). Khaled took part in hijacking a commercial flight to Tel Aviv in 1969. The PFLP took part in suicide bombings and other terror attacks during the Second Intifada which resulted in over 100 deaths. The PFLP also claimed responsibility for the Har Nof Synagogue Massacre in 2014.

Both the United States and the European Union classify the PFLP as a terror organization. So how can SFU get away with hosting Khaled as a speaker? The answer is simple: the media will not amplify this story, so no one knows and no one will care. Yet Khaled is not shy in expressing her antisemitic viewpoints, comparing Israeli Jews to Nazis in a speech she gave in 2017 to the EU Parliament: “You can’t compare the actions of the Nazis to the actions of the Zionists in Gaza,” she said, adding, “The Nazis were judged in Nuremberg but not a single one of the Zionists has yet been brought to justice.”