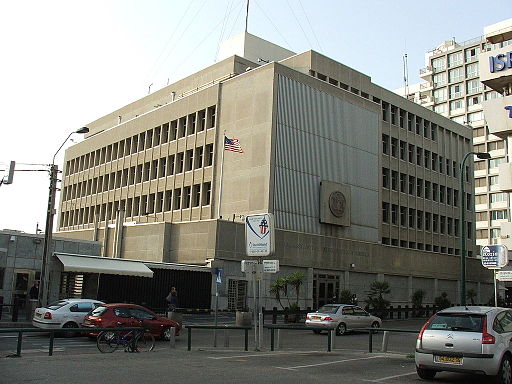 A poll by the American Jewish Committee published in the Jerusalem Post says most American Jews don’t want the American embassy in Israel moved to Jerusalem, Israel’s capital (an election promise President Trump has not kept):

When asked about the embassy, a majority said they oppose moving it. Thirty-six percent responded that they would be in favor of this, but at a later date in conjunction with progress in Israeli-Palestinian peace talks. Only 16% believe the embassy should be moved immediately and 4% are not sure.

Among those who do not want the legation moved, 51% are Democrats and 26% are Republicans.

Israel feels that not moving the embassy is insulting and delegitimizes Israel’s claims to Jerusalem as the capital of the Jewish State. It seems that American Jews don’t agree.