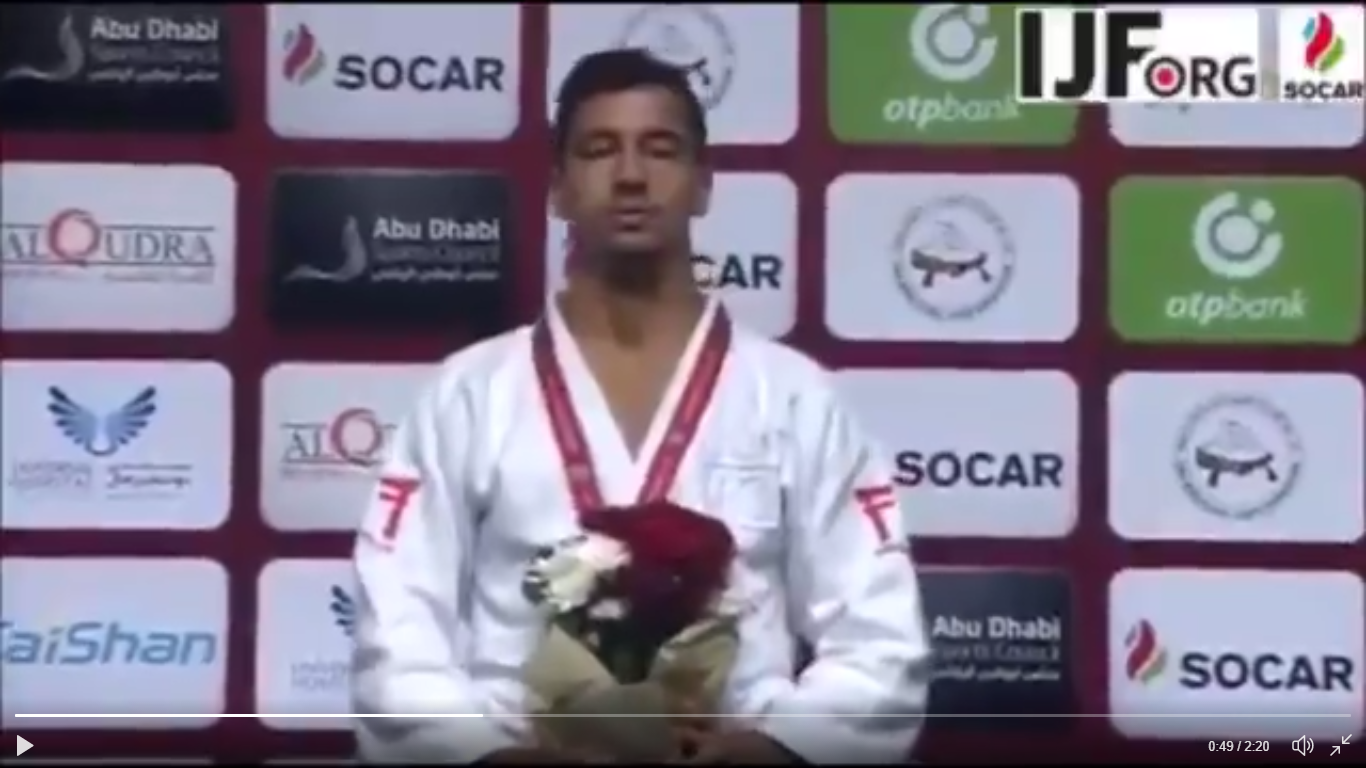 Tal Flicker got a gold medal at a Grand Slam Judo tournament in Abu Dhabi. But because he is a Jewish Israel, the host country of the tournament neither displayed the Israeli flag nor played the Israeli national anthem as the medal was awarded. Instead, the flag of the International Judo Federation was displayed, while the IJF anthem was played. This is contrary to custom and what is done for every other participant of every other religion and country.

While this is disgusting, bigoted behavior that should have been protested loudly, Tal Flicker’s proud and courageous response was beautiful to see and a lesson to American Jews in how to respond to hate. Take a look.

WATCH-DISGRACEFUL.
ISRAELI Tal Flicker presented with his gold medal at #JudoAbuDhabi2017 without Israeli anthem or flag. Nice to see Tal singing something and I’m guessing it’s the #Hatikvah@Ostrov_A pic.twitter.com/RzwGdn0Bh8