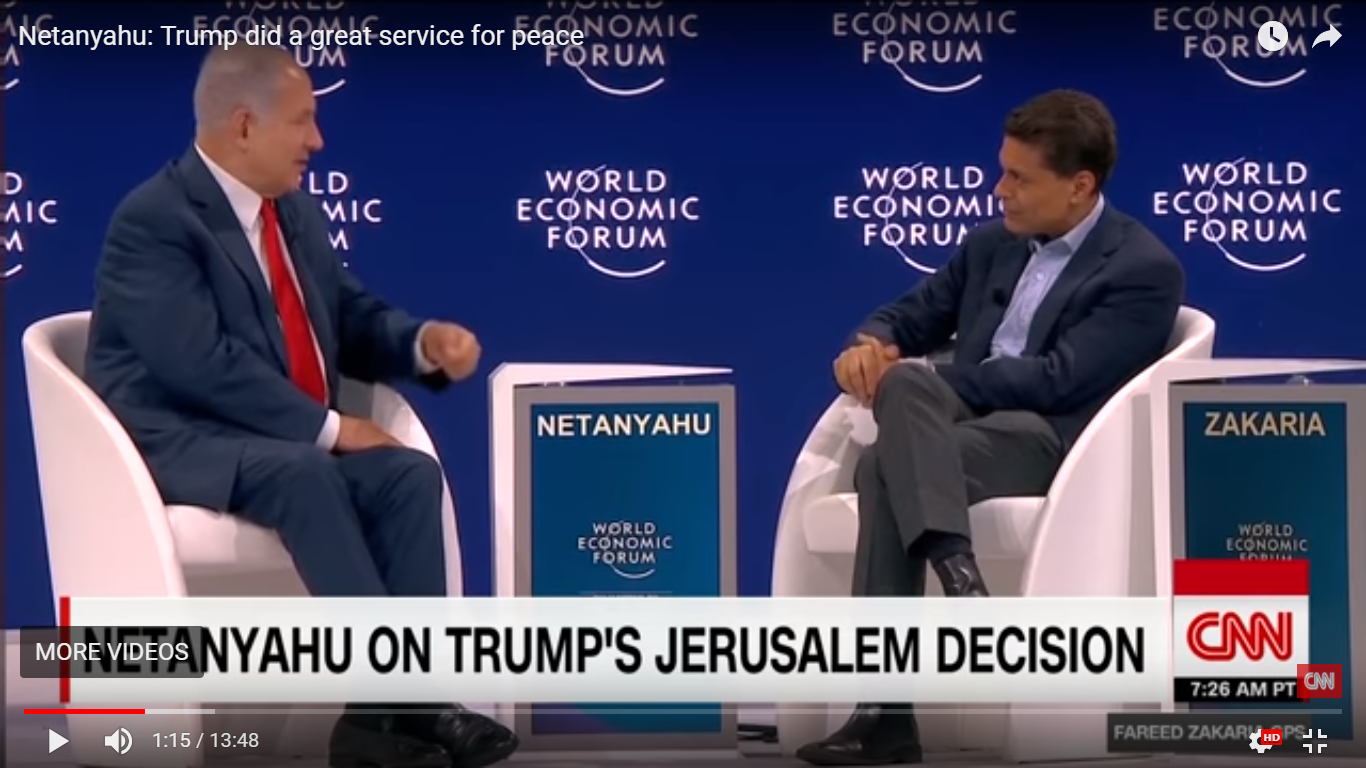 Speaking to Fareed Zakaria in Davos, Prime Minister Benjamin Netanyahu spoke brilliantly, as per usual. Pressed to say that President Trump somehow stymied peace by recognizing Jerusalem as Israel’s capital, Netanyahu blew that myth right out of the water:

“He did a great service for peace because peace can only be based on truth, on reality. And denying the simple fact that Israel’s capital is Jerusalem is — pushes peace backward by creating an illusion, a fantasy. You can’t build peace on fantasy.

“The seat of government is in Jerusalem. This has been the case for the 70 years of Israel’s existence that we’re celebrating now. Jerusalem has been the capital of the Jewish people since the time of King David. That’s only 3,000 years ago.