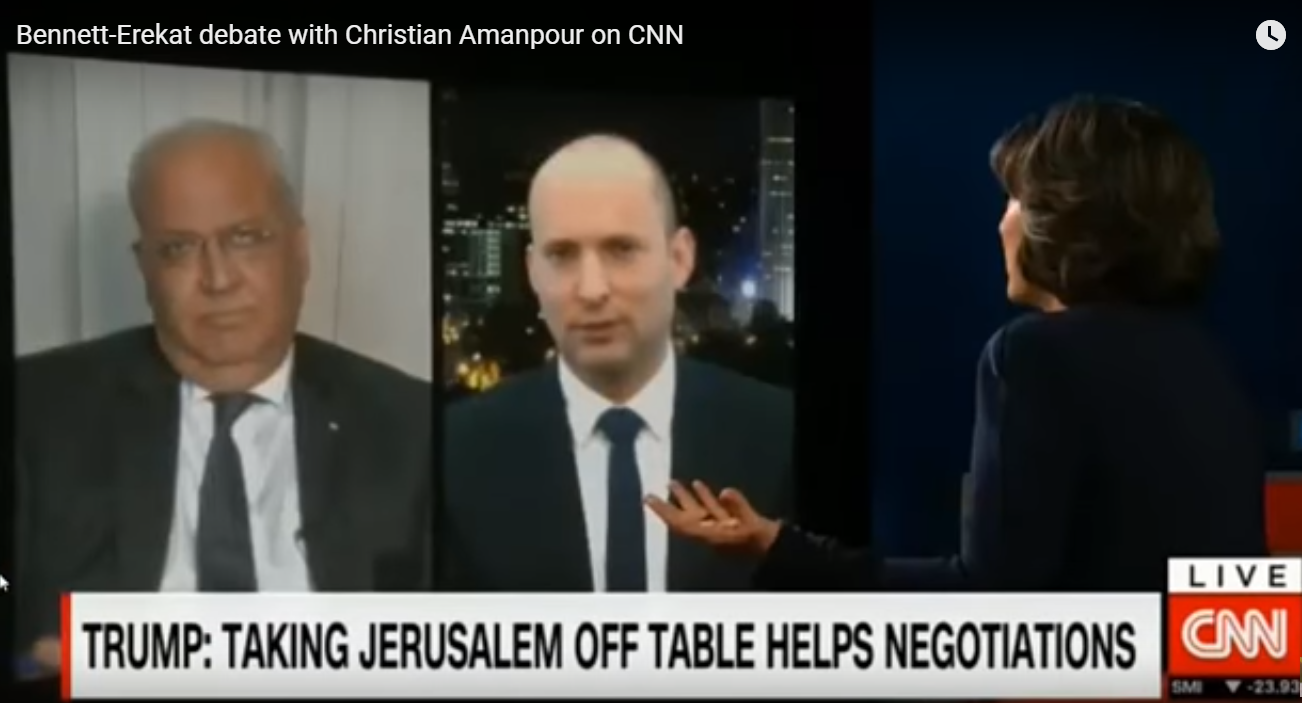 In a recent CNN debate between Palestinian Authority (PA) diplomat Saeb Erekat and MK Naftali Bennett, Christiane Amanpour appeared to be helping Erekat out by feeding him his lines. Amanpour suggested that President Trump’s recognition of Jerusalem as Israel’s capital was “music” to Bennett’s ears. Erekat then used the line as if it were indeed, fact: that’s Trump’s announcement was music to Bennett’s ears.

If you were to ask Bennett, instead of telling him, however, more likely he’d say that Israel, as a sovereign nation, really doesn’t require anyone’s approval to name its own capital, and that Jerusalem has been Israel’s capital since 1949. Music? Nah, just fact.

But then Israel is used to Amanpour slanting coverage of the Middle East against America’s ally, Israel.