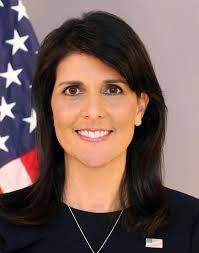 Nikki Haley’s resignation as US ambassador to the UN came as a huge shock to everyone, but particularly to those who support Israel. Haley has been a staunch friend of the Jewish State during her two-year stint as ambassador. Speculation regarding the reasons for her resignation have been rampant. But the most likely reason is a practical one: Haley needs to make some money, and the ambassador position is a relatively low-paying job.

An article on the conservative website Ricochet lays it all out neatly. But a question remains: if it was only a matter of money, couldn’t some wealthy philanthropist have given her an award? She’s certainly deserving! And we’d love to have her stay on until 2024, when we’d love her to run for president.