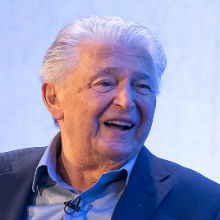 British soccer fans (or as they call it, “football”) are notorious for their antisemitism. They call their opponents “Jews” and chant antisemitic slogans and songs at games. The negative publicity apparently became so intense that they decided to do something about the issue. Holocaust Survivor Harry Spiro was brought to the Chelsea Football Club to speak to the players, who listened, rapt, to Spiro’s first-hand account of what it was like to live through Auschwitz.