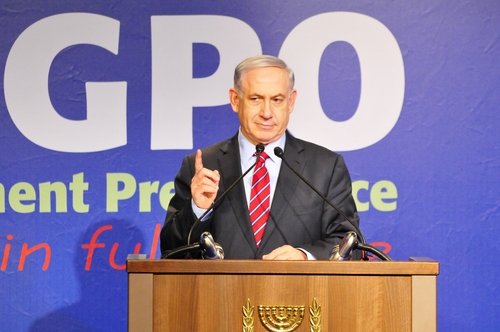 Back in May, CNN made light of Netanyahu’s revelations about Iran’s secret nuclear work and machinations (“What did Netanyahu reveal about Iran’s nuclear program? Nothing new, experts say”):

Nonproliferation experts who spoke with CNN say Netanyahu provided no evidence that Iran contravened the terms of the agreement. Moreover, they say there was nothing new in Netanyahu’s speech. And the other signatories to the JCPOA, with the notable exception of America, agree with that assessment.

But now there’s a report from the Institute for Science and International Security, written by such nuclear nonproliferation experts as David Albright, Sarah Burkhard, Olli Heinonen, and Frank Pabian who vouch for Israel’s findings and charge Iran to be absolutely in violation of the JCPOA. And even if CNN refuses to admit it was wrong, the experts themselves are publicly eating crow in the report’s conclusions:

The evidence reinforces that Iran was violating the NPT in the early 2000s in a more significant manner than previously understood and fully intended at that time to continue work toward having the option to build nuclear weapons and deceive the IAEA in that endeavor. There is no proof that Iran has abandoned its goal of building nuclear weapons, only that it has accepted that its projects and plans are put on the shelf. Is it hiding on-going activities and progress, albeit operating at a reduced scale compared to the program that existed before 2004? Should not Iran verifiably destroy all its nuclear weapons documentation and equipment? There is no way to know without more and effective IAEA inspections.

Given the length of this controversy, Iran’s obvious deceptions about its activities at this site, the advanced level of nuclear weapons development work done there, and the challenges posed by the site’s legacy, the Board of Governors bears its share of the responsibility for the lack of adequate inspection of this site and the failure to fold new information into the IAEA’s broader challenge of ensuring that Iran’s nuclear program is actually peaceful.