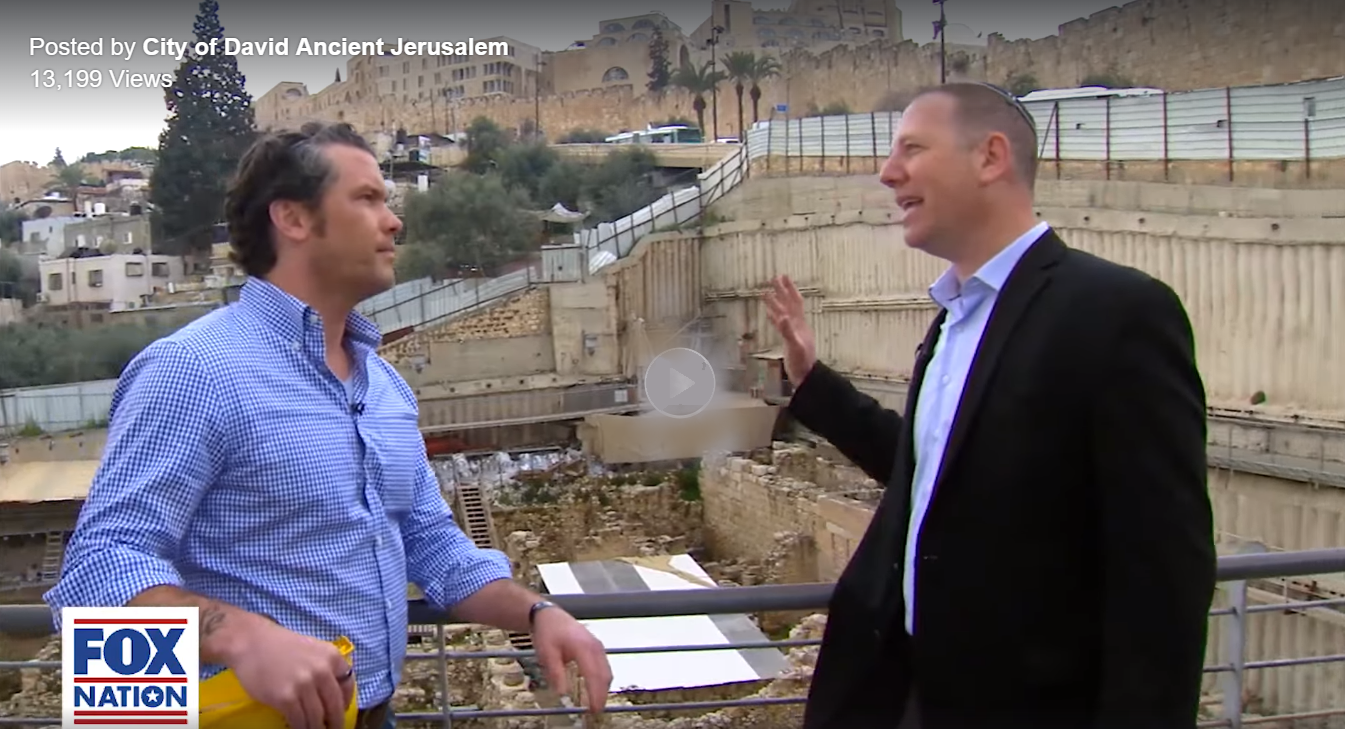 Denying that the Jewish people were sovereign in Jerusalem before the birth of the other two major world religions is done only for political reasons, according to a recent video on the City of David. The video, produced by Fox News show host Pete Hegseth, is just a taste of what we will see in the upcoming Fox documentary, “Battle in the Holy City.” We get an abbreviated tour of Ir David (City of David) and see some cool archaeological artefacts that prove, without a doubt, that Jews were here first.

Pete Hegseth asks, “What would the deniers say?”

“It’s absolute denial. You can hold in front of their eyes a seal and tell them what it says, and they’ll say, ‘No. That can’t be true.’

“The claims of those who are against us are not dealing with archaeology. They’re only dealing with politics.”