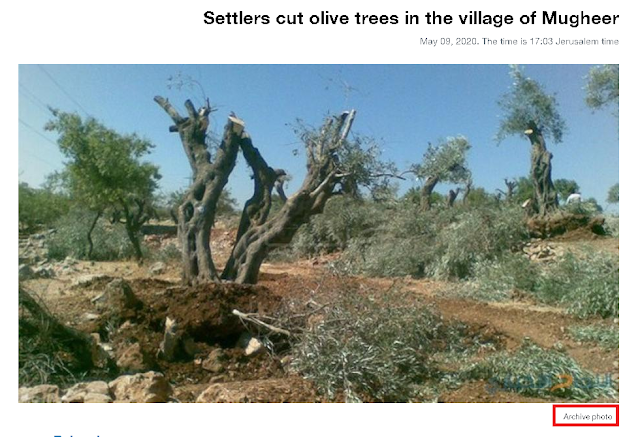 Popular blogger Elder of Ziyon notes that the Arab media has “dozens of stories” regarding Jewish settlers allegedly chopping down 40 olive trees in Al Mughayir, not far from Ramallah. The problem is that the story cannot possibly be true, since the settlers in question are Orthodox Jews, who are forbidden to chop trees (their own or any others) on the Jewish Sabbath, when the incident was supposed to have occurred.

EOZ also notes that the photos depicting the damage are clearly marked “archived” which means they are not recent photos, hence lending strength to the idea that the stories are false. “In an age when literally everyone carries a camera in their pocket, it is inconceivable that there would be no photos of this massive destruction,” asks EOZ. “And if the Palestinians are lying about this destruction of trees, how many other times are they lying about it as well?”

These are reasonable questions to ask.