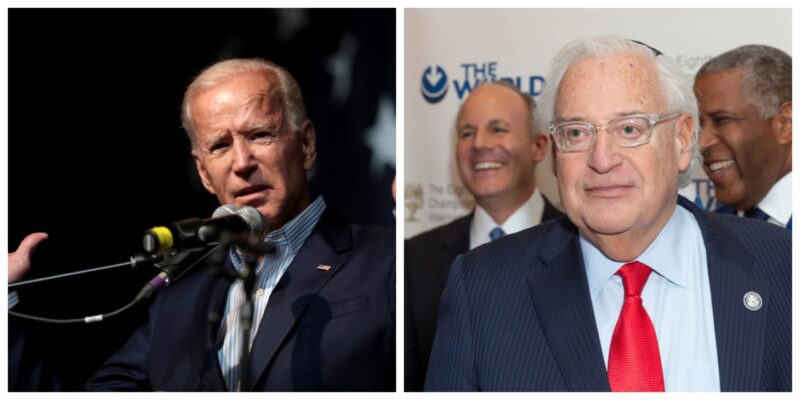 The United Arab Emirates (UAE) took a giant leap forward for the Arab people when they agreed to normalize relations with Israel. The two countries share a common enemy—Iran—and Trump was able to persuade the UAE to let bygones be bygones. But Joe Biden was quick to take the credit for the accord:

“The coming together of Israel and Arab states builds on the efforts of multiple administrations to foster a broader Arab-Israeli opening, including the efforts of the Obama-Biden administration to build on the Arab Peace Initiative. I personally spent time with leaders of both Israel and UAE during our administration building the case for cooperation and broader engagement and the benefits it could deliver to both nations, and I am gratified by today’s announcement.”

U.S. Ambassador to Israel David Friedman, however, said that Biden’s contribution consisted of being so hostile to the UAE and Israel’s interests that it created a certain sympathy between the two countries beyond their fear of Iran:

“I think the credit that he [Biden] deserves is he was — they were so bad and so hostile to both Israel and the Emirates that it caused both of them to commiserate a little bit, which was something that we were able to take advantage of when the president [Trump] took office,” Friedman said.

“So, to that extent, I think the Obama policy was so terrible that it probably created more of a commonality of interest between Israel and the Emirates.”