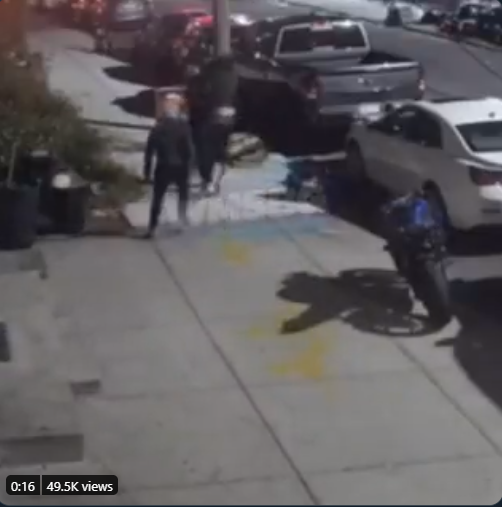 Tree of Life was a surprising attack, but now it seems Jews are attacked weekly, and sometimes daily. The latest antisemitic attacks are on a rabbi in San Diego, just outside his synagogue on October 10, and five days later, a man dressed in “Orthodox garb” in Williamsburg. It certainly isn’t helping the situation when the governor of New York, Andrew Cuomo, singles out Orthodox Jews for public censure and worse, for closing down synagogues, Jewish weddings, and Jewish summer camps while mosques and other crowded religious venues are left unremarked and untouched.

SHOCKING VIDEO: @WspuShomrim @NYPD90Pct and @hatzalah are on scene at Throop Ave & Bartlett St after a Hasidic jew was assaulted with injuries to the face by 3 perps that came from the back and fled. pic.twitter.com/p0PTziwR2T

No one knows where and when this will end. But if Joe Biden wins the election, things are bound to get worse as the radical left wing of the Democratic Party, for instance Ilhan Omar and The Squad, is emboldened. Some Jews have made Aliyah, seeing the trend toward American antisemitism as something that is here to stay. Others still have hope that America will return to the bastion it has always been for American Jewry.