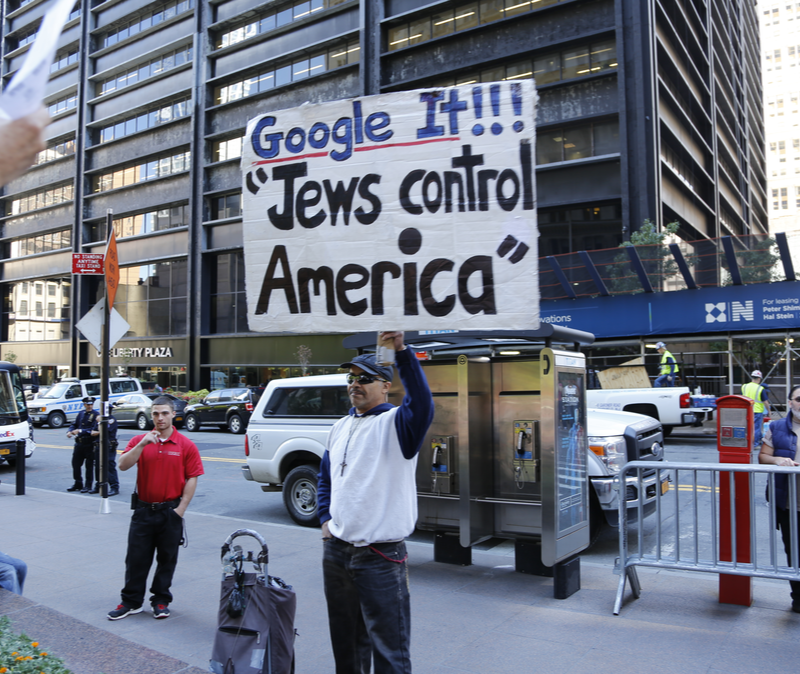 A couple and their four young children, ages 1 to 8, were out together on the Upper West Side of New York, browsing the windows of a Barnes and Noble bookstore, just minding their own business, when they were confronted by an antisemite. Interestingly, the male half of the couple was the editor of the Algemeiner, Dovid Efune. After the encounter was over, Efune asked his 8-year-old what he thought he should do about what happened, and the young man said, “Write about it!” and so, he did. Here’s an excerpt:

“Don’t Jews need to go to Israel?” he pressed further.

“Please leave us alone,” I responded. “There are children here.”

“No, I want to have this conversation,” he said. “Why aren’t you in Israel? Are you not Jewish?”

“We are,” my son responded defensively.

“Go away,” I said more forcefully.

“Go to Israel!” he shouted back. And then, furiously: “Heil Hitler!”

I could see the burning hatred in his eyes. My two young sons could see it too.

In case you’re wondering, Efune called the police and reported the incident, and waited for the cops to show up. But they never did. A sad object lesson in antisemitism for an American Jewish child growing up in New York City.