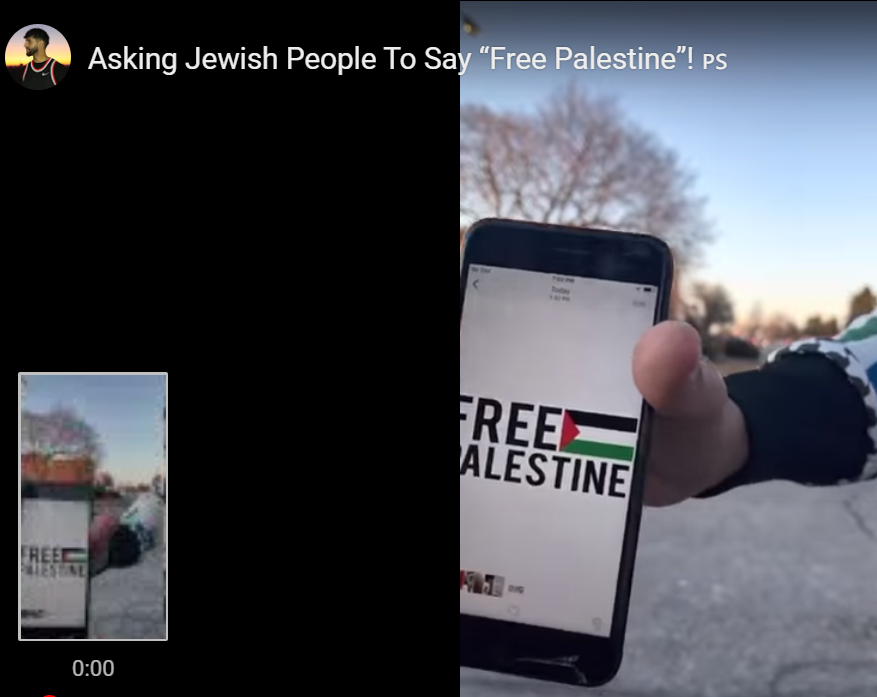 Abdullah “Dulla Mulla,” a Yemeni YouTube, Instagram, and TikTok star, visited a kosher grocery in a suburb of Detroit and badgered shoppers, sticking his phone in their faces and asking them to read what it says. The photo they were shown depicted a PA flag emblazoned with the words “Free Palestine.” Dulla Mulla recorded the reactions of the shoppers and used the material to create a video for his 291.5K TikTok, 290K Instagram, and 26.9K YouTube followers/subscribers.

The response to the video produced by Dulla Mulla of his harassment of Jewish shoppers included thousands of direct messages. The social media star shared some of these messages, incorporating them into his story with the comment: “DM filled with Jews, Anti-Semitic my a**.”

This is nothing less than #antisemitic harassment. #EndJewHatredpic.twitter.com/h4MGpfnjqw