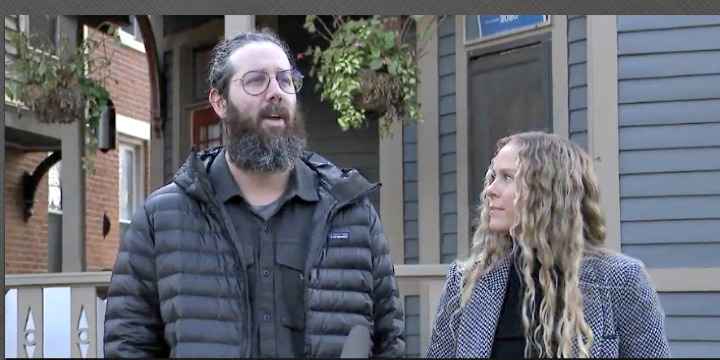 A Columbus, Ohio man has been charged with a hate crime in a federal district court after harassing his Jewish neighbors. The 65-year-old man, Douglas G. Schifer, came before US District Magistrate Judge Elizabeth A. Preston Deavers on a misdemeanor count of criminal interference with right to fair housing, carrying a potential sentence of up to one year in prison. Schifer repeatedly taunted his neighbors, Nick and Tiffany Kinney with abusive, antisemitic threats.

The Kinneys, a Jewish couple from California, had only recently oved to the Olde Towne East neighborhood in Columbus. The taunts began three days after the presidential election. Schifer said he was “tired of you liberals,” and “It’s no wonder Hitler burned your people.” But perhaps the worst of it was when Shifer said, “I’ll put a bullet through your head like Hitler.

In addition to the verbal abuse, Schifer hurled rocks through the Kinneys’ patio door and windows, smashing the glass. The doorbell camera of a different neighbor, captured the incident on his doorbell camera. “It literally exploded, we are still finding shards of glass,” Nick Kinney said at the time. 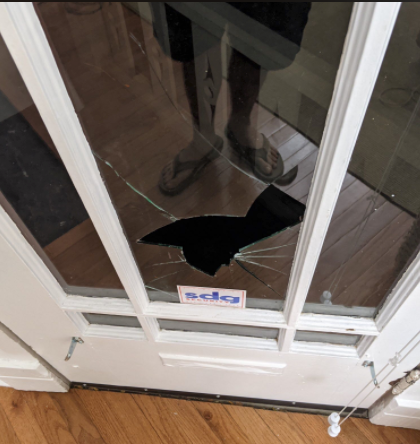 Kinney remarked that “he spat on us, he spat on me,” he added. “Threw antisemitic speech at my father, threatened to shoot my father.”

Sam Shamansky, Schifer’s lawyer, claimed his client meant no harm. “People often say hurtful, mean-spirited things that they don’t mean,” said Shamansky. “To the extent that any of the antisemitic statements that are allegedly attributed to my client are true, he’s extremely remorseful that anybody’s feelings were hurt.”

A short Google search by this author, discovered that Schifer’s lawyer, Sam Shamansky, is Jewish. The implications are mindboggling.