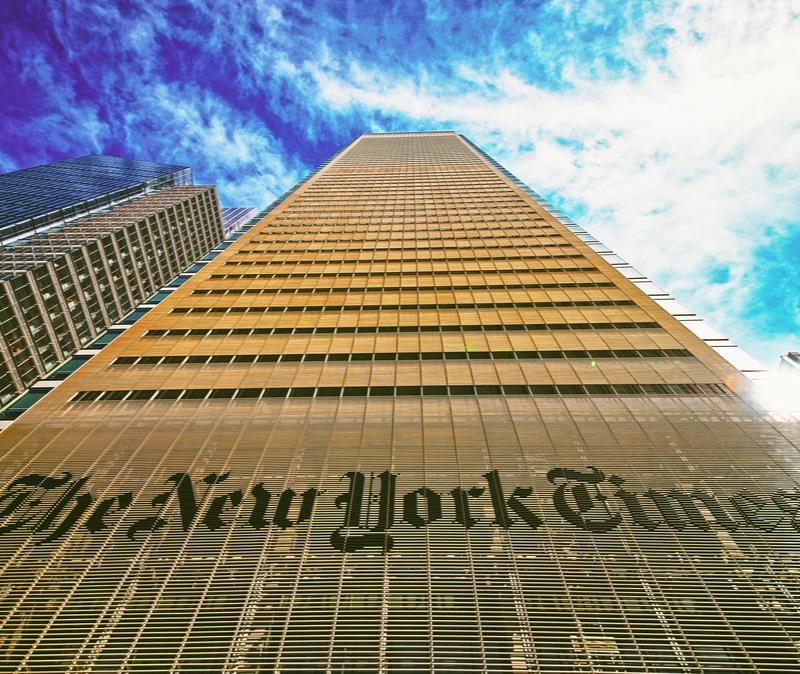 The NY Times published a guest essay by Refaat Alareer entitled, “My Child Asks, ‘Can Israel Destroy Our Building if the Power Is Out?’” The piece came out on May 13, while Israel was under bombardment with more than 4,000 rockets. Alareer’s article falsely suggested that the IDF hit random targets in Gaza with “no strategic value.”

Hitler is as peaceful as any Israeli leader.

The essay was subsequently included in a NYT’s Learning Network lesson plan for high school students. Alareer has also been cited or interviewed in the Washington Post, Al Jazeera, the CBC, NPR, NBC, the Guardian, and PBR. Yet the writer, who is also a literature professor, has posted as many as 115 tweets comparing Israel to Nazi Germany and Israelis to Adolf Hitler.

there must be no shame in resistance, no matter how the means.

This begs the question: should Jews continue to subscribe to the NY Times? Some of us have had enough. Maybe it is time we fought back against this malignant broadcaster of antisemitic lies and hate.