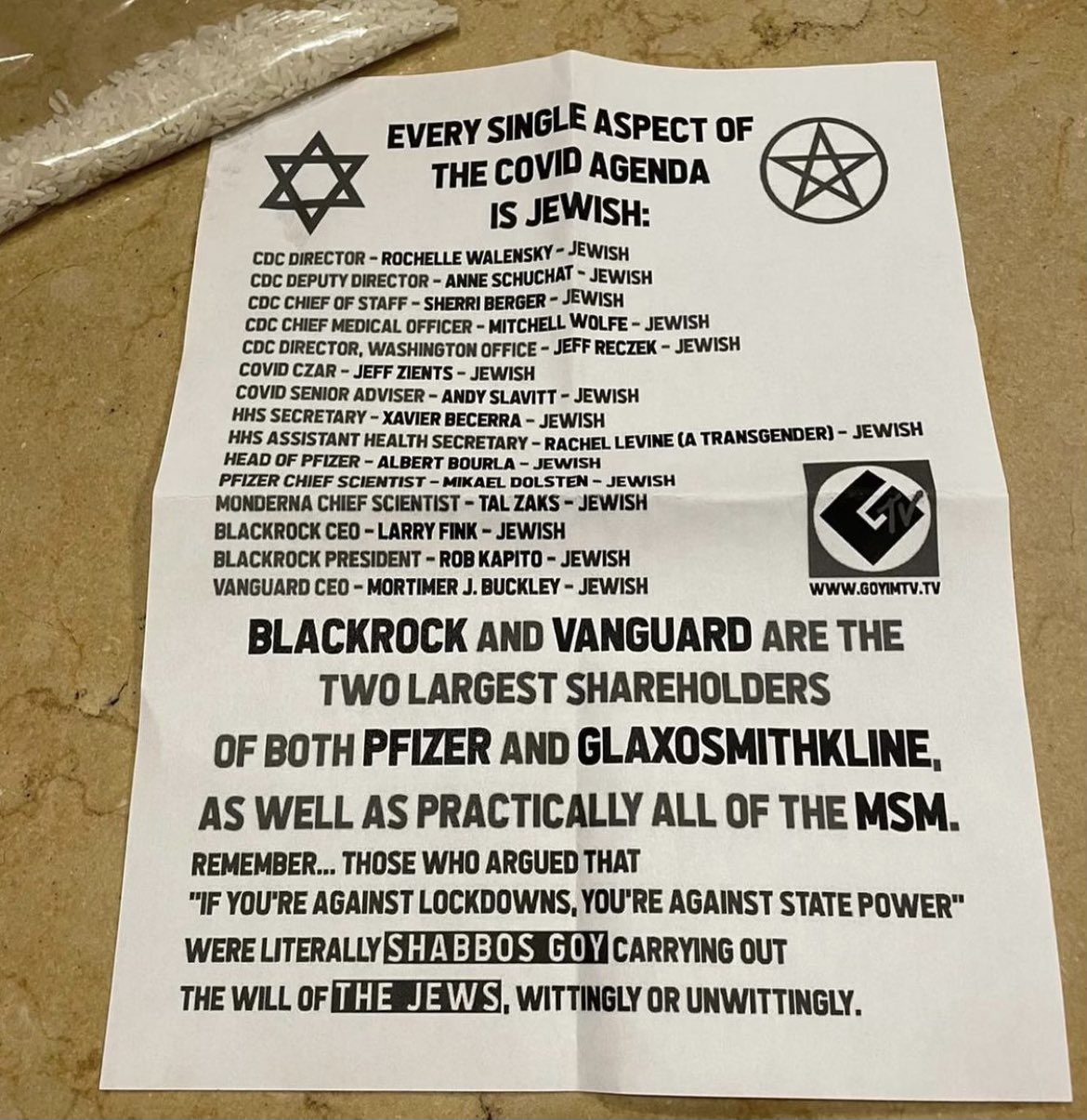 Beverly Hills residents had a surprise when they woke up on the first day of Chanuka: antisemitic flyers papering their yards. Local police got a call at 6 AM from someone reporting a flyer with hate speech. After canvassing the area, police officers determined that the flyers had been widely distributed, covering several blocks of northeast Beverly Hills.

The flyers, enclosed in plastic bags containing rice as weights to keep the paper from blowing away, were printed with antisemitic COVID conspiracy theories.

Today, in one of the only Jewish-majority cities outside of Israel, this screed was distributed on residents’ doorsteps. The world’s oldest extant form of racism rears its ugly head on Erev Chanukah. The response to this hatred is a simple, but unmistakable: “Am Yisrael Chai.” pic.twitter.com/H2FG4hwAS9

The flyers contained a list of 15 prominent people with Jewish ancestry working in finance or health, and was headed by the claim that “Every single aspect of the COVID agenda is Jewish.

“We’re literally shabbos goy carrying out the will of the Jews, wittingly or unwittingly,” read the flyer.