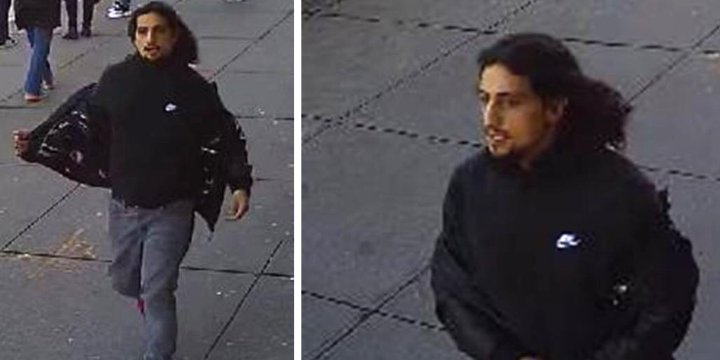 Blake Zavadsky was attacked in broad daylight in Brooklyn for the crime of wearing an IDF sweatshirt. The assailant called Zavadsky and his friend, Ilan Kaganovich, “dirty Jews,” and demanded that the former remove his sweatshirt. When Zavadsky refused, his assailant punched him several times and also poured coffee on his sweatshirt.

On at 12/26/21, at approx 1045 AM, a male, 21, was waiting for a store to open when an individual made anti-Jewish statements and punched him in his face multiple times before fleeing on foot on 86th St towards 4th Ave in Brooklyn. Info? DM us or @NYPDTips or ☎️1-800-577-TIPS pic.twitter.com/Szu8yLkbhy

Ilan talked to the New York Post on Monday. “Blake and I are Jewish,” he said.
“We should support Israel without it being a problem. My family moved from the Soviet Union for this reason—to be able to live a better life.”

Zavadsky, meanwhile, said he would continue to wear his IDF sweatshirt.

“You can’t be scared to walk outside and say you’re Jewish,” he said. “You have to be proud of who you are and stand up for what you believe—and not be intimidated. Now all we have to do is spread the word and make sure it doesn’t happen to anyone else.”

A video image of the assailant has been released and the public has been asked to contact the NYPD with any information via @NYPDTips or 1-800-577-TIPS.