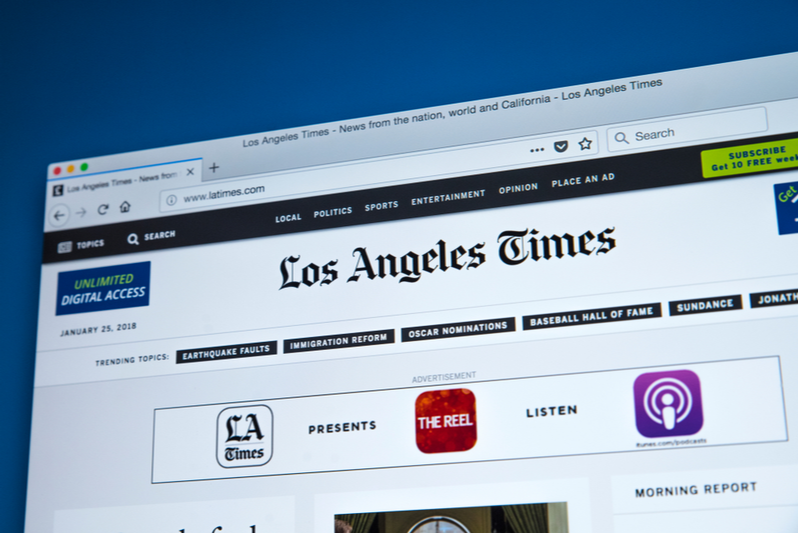 The Los Angeles Times has ruled Israel as the guilty party in Shireen Abu Akleh’s death, going so far as to suggest that IDF soldiers deliberately targeted the Al Jazeera journalist. This conclusion, of course, is not based on any evidence. It cannot be based on evidence, because the PA will not release the bullet.

Called on the biased claims by media watchdog CAMERA, the LA Times has thus far not taken the step of correcting its hateful, antisemitic report, going so far as to liken Israel’s supposed actions with those of Saudi Arabia in the killing of James Kashogi:

In one case, a well-known Palestinian journalist was shot and killed during an Israeli raid on a West Bank city; the case has not been resolved, but some Palestinians blame Israel for the killing.

In the other case, a prominent Saudi journalist and U.S. resident, Jamal Khashoggi was murdered inside the Saudi consulate in Turkey, and U.S. intelligence officials believe Saudi crown prince Mohammed Bin Salmen ordered the killing.

Though the Times senior editors were informed by CAMERA that the Abu Akleh case has not been solved, the paper has not retracted its baseless accusations, continuing to impugn the Israeli government with libelous statements on multiple levels. In other words, same old, same old. The media hates the Jews.