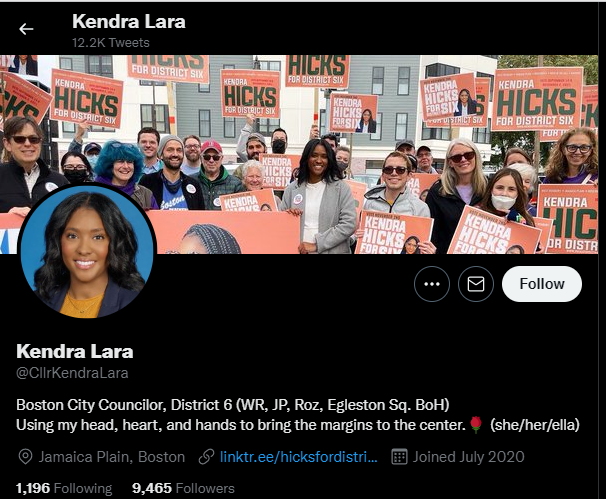 Boston City Councilor Kendra Lara deleted an antisemitic tweet after she got caught out by the Twitterverse. “Ya’ll are letting the Zionists SHAKE YOU DOWN. phew!” tweeted Lara on Thursday, in response to the 8th Circuit US Court of Appeals ruling Wednesday that laws restricting corporations from boycotting Israel are protected by the constitution. After getting caught out by Jewish groups for using a classic antisemitic trope on social media, Lara deleted the tweet, then appeared to double down.  “I maintain my disappointment with the eight circuit courts [sic] ruling and believe that conflating anti-Zionism with antisemitism will ultimately prevent us from being in true solidarity with both Jewish people and Palestinians.”

Having been put on the spot, however, Lara did offer an apology of sorts. “It was made clear to me, that the use of the phrase ‘shake them down’ reinforces antisemitic tropes about Jewish people. Although that was not my intention, the impact — especially in a moment when we’re seeing alarming rates of violence against Jewish people — is the same and I should’ve known better.”