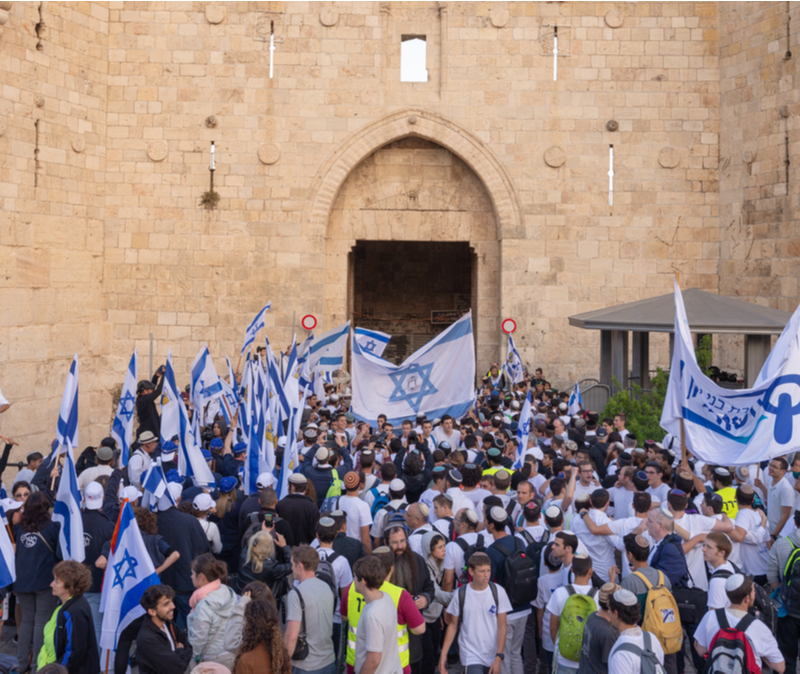 The Jerusalem Day flag march, already postponed due to Arab riots, has been permanently canceled, after the organizers requested permission to march through Damascus Gate, in the Old City of Jerusalem. Israeli Defense Minister Benny Gantz, saw a march through this volatile neighborhood as a provocation, and urged the police to put a stop to the march for the present time, and seemingly, once and for all.

Tensions are already high among the right, after Naftali Bennett of Yamina, cobbled together a fragile coalition that includes the center, the left, and the Israeli Arab Knesset party. With the march canceled, the right may find itself even more divided.  Religious Zionist MK Bezalel Smotrich called the cancellation a “shameful surrender to terrorism and Hamas threats.”