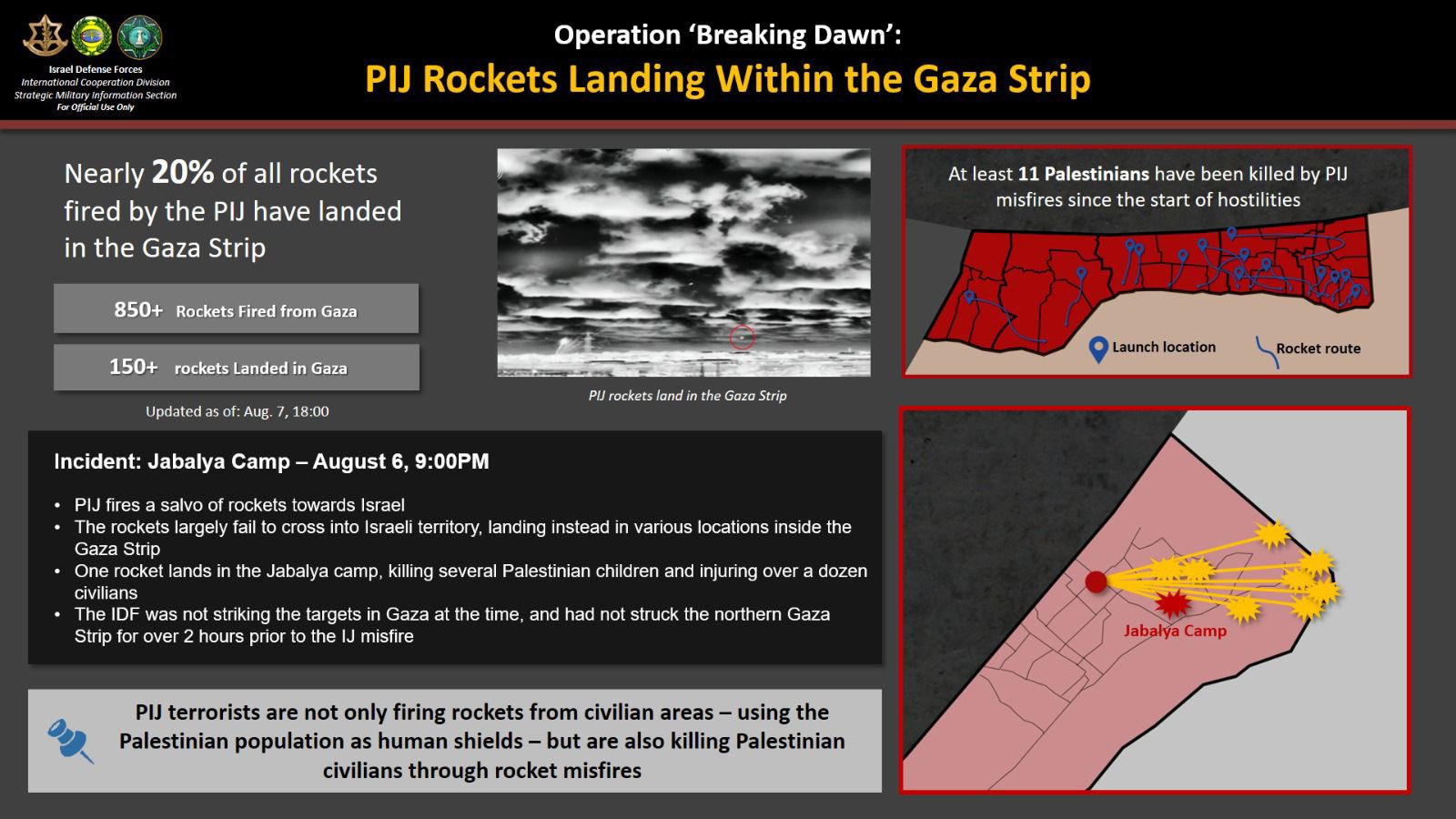 Israel’s defensive war against Iranian proxy Islamic Jihad is now over. It is always instructive to see how the world reacts to a barrage of Gazan rockets on civilian Israel, in particular residents of the Gaza “Envelope.” Over a thousand rockets were launched by terrorists with the target, Israeli civilians, but the world called for “restraint” when Israel of necessity, responds to terror.

In the court of public opinion, Israel is always the loser. It’s important to note, however, that Hashem is on the side of His people, Israel. The following video shows an Islamic Jihad rocket launch. The rocket begins its journey toward Israel. Remarkably, the rocket then doubles back and lands on civilians, killing several Arab children in the process. In the background of the video, you can hear loudspeakers blaring Muslim prayers. One must look on that as direct intervention by Hashem, who always watches over Israel.