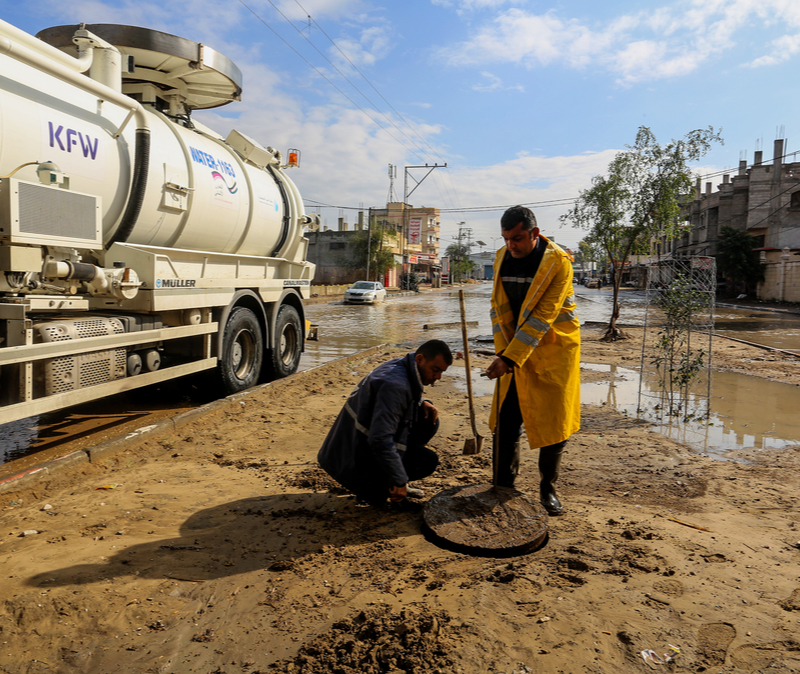 Israel saw heavy snow and rain this past week and that means heavy flooding in both Israel and Gaza. But every time it happens, Gaza authorities repeat the outrageous lie that Israel is opening dams for the express purpose of flooding Gazan agricultural land. There actually are no such water dams anywhere in the vicinity, but that doesn’t stop the Ministry of Agriculture in Gaza from releasing an official statement to the effect that the “occupation forces” are deliberately flooding Gazan farmland. Not to mention: there are no occupation forces, as Israel left Gaza completely in 2005.

It is certainly possible that damage was incurred to crops as a result of flooding, but someone should tell the Arabs that this was an act of God. As such, maybe they should be praying to their Supreme Being for mercy instead of lying about the Jews. But if they can’t blame Israel, what’s the point?